BROWNERS – a town located on the Dniester in eastern Galicia. His fame was associated with the miraculous image of Christ Crucified and the Mother of God standing under the cross.

Someday, when the painting was still in private hands, in the picture were seen drops of blood flowing from the body of the Lord Jesus. The church authorities considered the event miraculous and allowed the cult of the image. Numerous votive offerings were a confirmation of the favors received here. Both Poles traveled to Brzozdowce, as well as Rusini. After the Second World War, the miraculous painting was placed in the cathedral church of. st. John the Baptist in Kamień Pomorski. 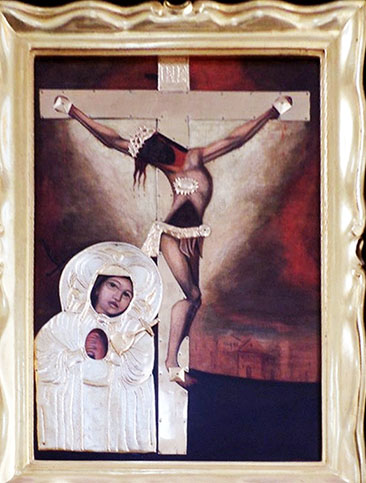