What hitchhiking will teach you? 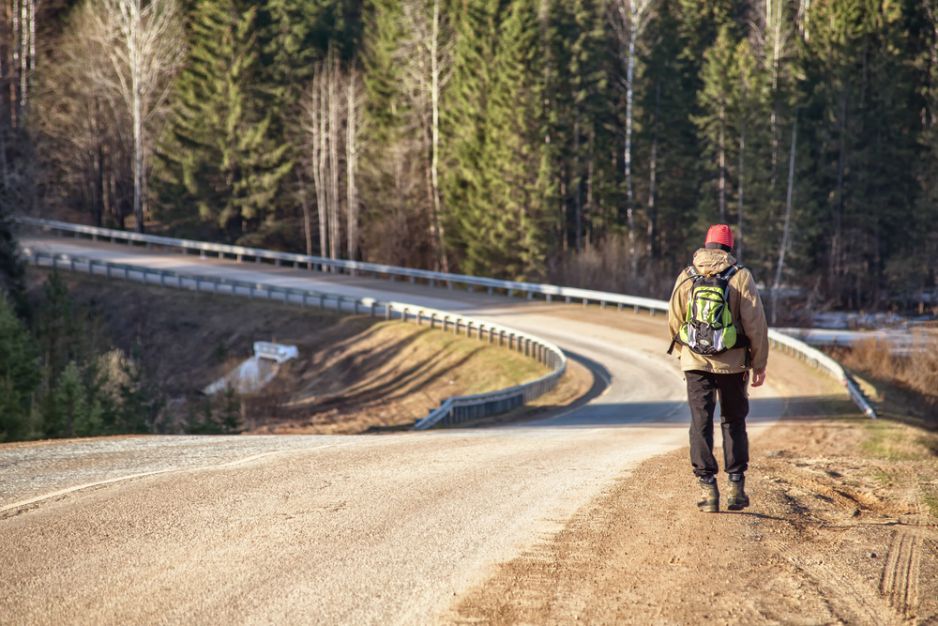 Last year I traveled with my best buddy over 3000 kilometrów po wschodnim wybrzeżu Ameryki Południowej, using only the right thumb. I have to say, that it is the most annoying and tiring method of travel I have ever dealt with. Probably the most dangerous as well. On the other hand, it's hard to find a more adventurous one, a satisfying and character-shaping way of getting around.

We will die on the road

Generally hitchhiking in the country, where everyone is afraid, that they will be attacked is quite a fun activity. First, hardly anyone stops, and second, the first question you always hear is: don't you know how dangerous it is in Brazil?

Nothing happened to us, but some stories were interesting:

1. At Pelotas in the south of Brazil, we went on foot through road slums stretching for over a kilometer (half a favela, fields terribly poor village), drawing strange looks and having a visitor following us for a long stretch of road.

2. We walked "no shoulder" on the highway bridges at least a few times, wondering if you will have to jump into the river, whether they will notice us?

3. Somewhere between Pelotas and Porto Alegre, dusk caught us and after passing Puma's corpse in a ditch, we wondered if we were going to sleep in the woods (jungle?)

4. The driver who took us to Florianopolis had a habit of not looking at the road and countering the steering wheel, only when he was completely in the opposite lane

And so on. Let's add the school bus driver to that, who drove us between Curitiba and Salvador, who set himself the goal of screwing us on every shopping bill and the effect of sleeping at train stations, i.e.. the worst two days of cold I can remember, when I trudged along the streets of Curitiba like a zombie.

On the other hand, nothing compares to the happiness one feels, when the car finally stops after hours of rehearsal. After a few days of hitchhiking, I realized how people get addicted to gambling - the whole thing is terrible, but those moments when it succeeds, when happiness smiles… indescribable. As a digression, I can add one more, that a person works out two thousand rules very quickly, actually superstitions, to help you hitchhike: you have to smile, we are doing better with the Polish scarf, nodding helps, you'd better stand still, and you don't go ... And a hundred others! Zabobon chases zabobon, the superstitions of gamblers are suddenly understood, athletes and others, whose success depends largely on luck and is not fully explicable - the mind abhors uncertainty, he must find an explanation for everything.

The people you meet are another miracle: Brazilian of Polish origin, who could say "hello", "Good night" and ... "say a prayer and go to sleep!”, Curitiba surfers, a policeman from Rio Grande, an old couple from the Uruguayan-Brazilian border, a woman after a motorcycle accident without her first two teeth, entrepreneur from Pelotas, who looked like Boris Becker ... Wonderful, bizarre and crazy procession of characters, who decide for some reason to let you into their car. This criterion alone causes, that they are trusting and friendly people. Besides, what kind of hitchhiking is damn ecological!

At the end: Hitchhiking shapes the character like little else. Not enough, that you can't give up, fight the heat, exhaustion and loss of hope, then you still have to smile and generally look like a miss country, who went out to wave her thumb for fun on the road. If you hitchhike for an extended period of time, it becomes a habit to self-preserve out of your mind any negative thoughts..

Nie zapomnę kiedy w Sao Paulo starałem się dostać na prywatny pokaz mody w czasie tamtejszego Fashion Week – przeciw stało wszystko, internal resistances, furious boyfriend girlfriend with tickets, complete lack of knowledge of Portuguese… end, I ended up in the middle though. I even made a video and until the end of my stay in Brazil, nobody believed me, that it worked: „Fashion week?! After all, there were people like Ashton Kutcher!"Or" I work in a fashion magazine, and so I did not get a ticket!”. When I left the show, I sat down in the area with large screens and suddenly an extremely clear thought struck me: everything is achieved by perseverance! Waiting for the girl, with whom I came there (doing some more interview), I was writing like crazy in a notebook: "Perseverance, is something that will take you thousands of kilometers for free, it will put you in a fashion show in your only jacket and let you get whatever you want. "

Seemingly banal, but sometimes understanding has to go from intellectual to fully lived, internalized, that it could change someone's life.

And for that, thank you, hitchhiking. I have become a little better, a little more determined and much happier person thanks to that trip.