?- Apparently one is in Limassol but the author is still there ( if it really exists) did not find.

Although the addresses would suggest that there are walls in distant parts of the capital ( different names of the districts ), after reaching the place, it turns out that they are about a 10-minute walk away from each other. Both are in the back of the climbing shops ( the only ones on the island ). The walls aren't big either, neither impressive but enough for professional training.

(it's in the Strovols district, but it's actually on the border with Acropolis, near the oncology hospitalO)

(is a competitive sports store for the Cypriot Mountaineering Club).

Nicosii map – at the bottom of the map is the Akropolis district, specially the map is from the venetian walls for better orientation. 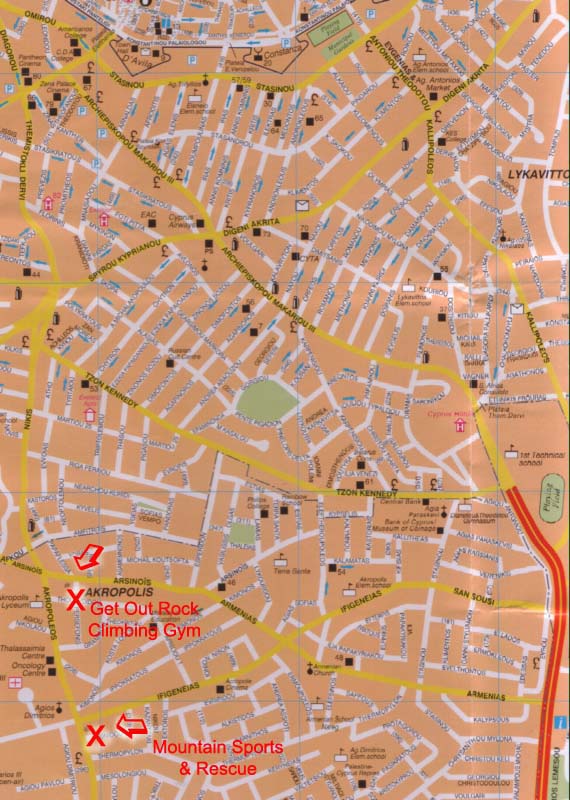