W Paphos district we have approx 6 places for climbing (different rocks that someone used to climb), of which four areas have insured roads climbing in constant flights.

Places with insured roads are regions: 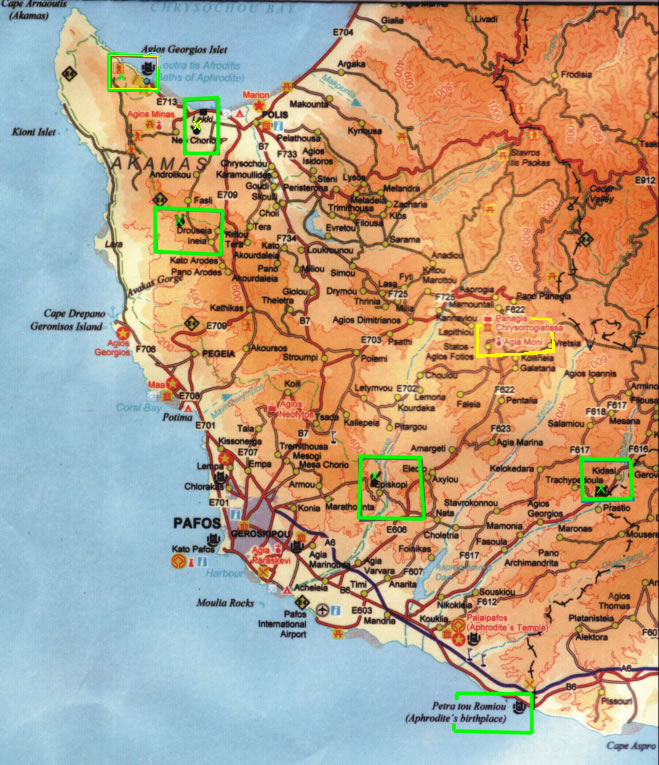 After the above-mentioned places, there are still areas for self-protection for climbing (not described on our site yet).

– Rocks Petra tou Romiu on the beach at the birthplace of the goddess Aphrodite,

– and a gigantic rock massif in the village Bishops – which unfortunately is now closed to climbing.

-The English reportedly climbed north of Drouseia – upper Androlikou Gorge, there are many lonely rocks.

-Additionally, they exist, not moved yet, large rocks near the village Mamountali near the monastery Agia Moni.